Clearing the air about Ghostbusters 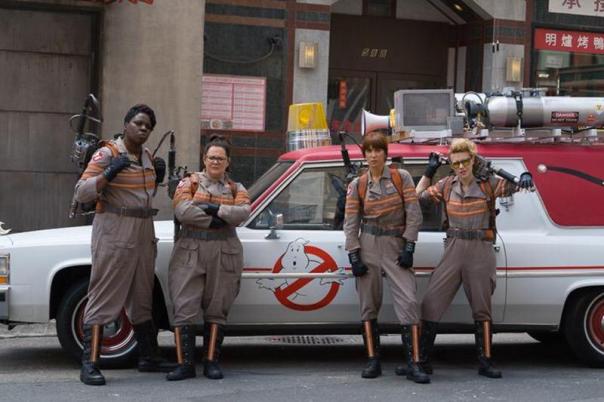 Lots of interesting things have been happening lately, but the big one that keeps coming up on my news feed on Facebook is the new Ghostbusters movie that Paul Feig is making. I’ve never seen a movie divide so many people into two camps; those who love the movie absolutely unconditionally, and those that want to see it burn. I must admit, I fell into that latter camp.

When the reboot was mentioned, and it was said that it’s going to be a FEMALE reboot, there were roars of protest from fans (me included). It got ugly, folks; I mean, REAL ugly. Words have been said, and there is no side that comes up without blemish, because there has been bad behavior on both sides of the Ghostbusters reboot fence. Haters spout some of the most vile crap about the actresses and women in general, and the lovers love to shout names back at the haters, and some even revel in the gender-flipped GBs, even going so far as to say men are crying just because Ghostbusters is a “woman thing” now (it never was a “man thing” in the first place).

I hated Paul Feig. I cursed the reboot. I excoriated every aspect of this upcoming film. I was upset and angry that I wasn’t going to see Peter Venkman, Ray Stantz, Egon Spengler, and Winston Zeddemore on the big screen again, which means “yes, it did have to do, in part, with the fact that they’re women,” but not in the way you might be thinking.

Then, I was hit with the other side’s backlash. It wasn’t until I was called a “whiny, misogynistic man-baby” that I really started thinking about why I was so angry.

Mainly, I was upset with being called a misogynist. This particular pejorative pissed me off even more than “man-baby,” but the latter was at least something I’m used to considering my hobbies as a lifelong gamer; I’ve heard it before. Instead of firing back with more hyperbole, I tried to rationalize my distaste over dinner with the wife. It started with the very blunt “Honey, am I a misogynist for not liking the new Ghostbusters?”

Some might believe that her reply of “no,” is just a placebo, but they’re wrong. My wife is proof that I am NOT a misogynist; not because I am married to her, but because we share so much in common. We chose each other because we had so many things we shared. I love the fact that she’s a gamer, and is able to challenge me and keep me on my toes. In a hobby that is still very much “anti-girl,” this speaks volumes. She doesn’t engage the hobby because “her husband does it,” she engages the hobby because she loves it. It’s one thing on a laundry list of things we share, but we have never fought or argued once in the five years we’ve been together. Sure, folks tell us we’ll fight over money or something eventually, but we had once been so broke that we’ve had to move out of our apartment, I’d been out of work for a year, and not once did we bicker or even raise voices. This long-winded tangent has a point. A misogynist wouldn’t be happy that his wife shares his lifelong hobby. A misogynist would be bothered that his wife makes more money at her job than he does. A misogynist wouldn’t think his wife deserves a BETTER job. A misogynist wouldn’t use his wife as a sounding board for design ideas.

That tangent aside, we come back to the Ghostbusters reboot and why I don’t care for it.

I grew up with Ghostbusters. They were my very first heroes when I was just a little guy. Starting from the “I wanna be a ghostbuster when I grow up,” Ghostbusters has pretty much molded my life. It helped pave the way for my love of fantasy, which in turn, introduced me to my first copy of the Dungeons & Dragons Basic set (The 1981 box set, kiddies, not the Essentials line from a few years back). From there, all of my loves and hobbies stemmed from that ONE movie. It’s still my favorite.

Oh, and as for that “I wanna be a ghostbuster when I grow up?” There’s this:

Fast forward to 2014, and Ghostbusters is getting somewhat of a revival. Then the announcement of the reboot came. Now we see what this new ghostbusters is going to look like, and now here I sit, writing a blog post about it.

I hate reboots. Dungeons & Dragons, my very first role-playing game, got rebooted a bunch of times, with many radically different rules-changes. Most jarring of all was 4th edition, in which the game was almost unrecognizable from the original. I raged about it until the very day 5th edition was announced. 5th edition surprisingly took some steps back towards the classic D&D and towards old-school fans, and I think it’s better for it. (Lord. ANOTHER tangent) 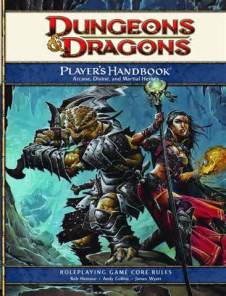 I STILL want to kill you in the face and set you on fire!

This new Ghostbusters isn’t really a reboot. This is a re-imagining. This is a reinvention of the wheel. A reboot would be a new origin story with the same characters. Love or hate Michael Bay’s movies, Transformers was still about Optimus Prime and the Autobots vs. Megatron and the Decepticons. Teenage Mutant Ninja Turtles still had four turtles named Leonardo, Raphael, Donatello, and Michaelangelo…nightmarishly ugly as they were. Bay didn’t change them all into female turtles and name them Cher, Madonna, Joan, and Aretha. They still had the character they always had, and they fought The Shredder.

This is a new origin story with completely different characters. It’s a replacement of the original, love it or hate it. Enter whatever clever meme of “The DVDs of the original still exist” here…because that’s what I always get. “You still have the originals! They aren’t going anywhere!”
Except that it isn’t that simple.
What I fear is that this new Ghostbusters will push the old into obscurity. I read that SONY will still be supporting the “Classic” Ghostbusters (but of course now I can’t find that article to link it. Figures.), but I’m not sure of how much I believe that. I heard about the “male-driven new ghostbusters movie” being talked about, but even if it were a thing, it’s COMPLETELY MISSING THE POINT.
I don’t want a “male-driven” ghostbusters as opposed to a female one. It was never about gender. It’s not about the actors, either, as I wouldn’t mind a faithful reboot of Ghostbusters with entirely different actors. It’s about the characters. It’s about the mythos and the world surrounding it. It was about something that just felt “Ghostbusters.”

See? I would totally buy those guys from that Epic Rap Battle as reboot Ghostbusters!

Sure, Feig’s Ghostbusters has the Ecto-1, it has proton packs, it has lots of the Ghostbusters trimmings, but it doesn’t have the four guys I grew up with. It sort of throws that all away. This could have so easily been a reboot AND a sequel with a few story tweaks thrown in, and I think we would have had plenty of fans (including myself) not so angry or upset. 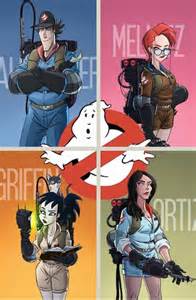 See? A (mostly) female team has been done, and no one complained!

The Mad Max franchise had a great reboot! It was a sequel to the other three, as all four movies fall on a very nebulous timeline. The title character is still an ex-cop turned survivalist named Max Rockatansky. He WASN’T played by Mel Gibson, but that’s okay. Mad Max: Fury Road also introduced one of the coolest “badass females” I’ve seen on screen without having to “emasculate” Max. I read this little gem of an article and I couldn’t disagree more. I didn’t see ANY of the points it made, and reading it made me embarrassed for my gender.

Anyways…(there’s that penchant for digressions again)
My thoughts on a reboot would be that “ghosts had largely disappeared from the world and the public eye at large, and eventually the original ghostbusters had to retire and decommission everything. Eventually, a decade or two later, most people forgot (as they tend to do) that ghosts and ghostbusting was even a thing. Now, a new supernatural threat rears its head again, and these new four ladies are the ones to take action. They remember the original ghostbusters and attempt to seek them out. Peter has moved off to Europe with Dana Barrett and Oscar, Egon has since passed away, and Ray and Winston are now too old to really do anything. With no more equipment, and only words of encouragement and advice from the former GBs, the ladies strike out on their own, building new equipment and starting the business anew.” There. Reboot, sequel, AND origin story.

Of course, that is now not to be. Things are pretty much set in stone.

That leaves me with a movie I’m not all that excited about, and a former franchise that I’m afraid will no longer be supported in lieu of the “new and shiny.” With Classic Ghostbusters becoming a relic, I’m feeling like a part of me is, too, because I don’t want to “change with the times.” I like my stuff right where it is, thanks.

Will SONY still support Classic Ghostbusters? I don’t know. I hope so; it would certainly go a long way towards softening the blow. Lots of Classic merchandise is available, and the Classic Ghostbusters board game Kickstarter was WILDLY successful (first game Kickstarter I’ve ever seen hit all of its stretch goals). The Ghostbusters ongoing comic series is coming back . If there has to be a new movie, fine. Just don’t stop supporting my original Ghostbusters. What of this “Ghost Corps” thing? Is it still a thing? I hope so…it sounds like something that allows both types of fans to live together peaceably as a fandom.

As for Paul Feig, I’m sorry. I’m just not a mark for his movies. I didn’t enjoy The Heat. I didn’t enjoy Bridesmaids. Hell, I really didn’t even care for Freaks and Geeks (I know. HERESY!). I’m not saying he’s a bad director. I’m just saying that he doesn’t make movies I enjoy. That’s fine. He doesn’t need MY approval. I’m pretty sure Feig is probably a great guy, as evidenced by the very generous thing he did for a couple of fans here (and to the people who decided to shit all over that, too…shame on you! You disgust me!).

In fact, I do share something with Paul Feig. We’re both geeks. We grew up in the same state (Michigan). We both share a deep love of Mystery Science Theater. The biggest one, however, is that we both went into the industry that we love to contribute to it. Yep, GenCon is around the corner, and my game company Pointy Hat Games is going to debut its first 2 games (with subsequent Kickstarters, as we don’t have the luxury of starting capital). I’m a game designer now, contributing to my lifelong hobby that started with Ghostbusters.

So, what about this new movie? Here’s my conclusions.

It will be a commercial success. I know this because both lovers and haters will go to see it. This is how Michael Bay keeps in business, folks. You’re going to see it regardless, and “success” is measured in box-office moolah, not how “good” a movie is.

So, Paul Feig, if you HAPPEN to be reading this. Even though you’re making a Ghostbusters that I’m not excited for, and considering my concerns that I long-windedly expressed here, I have one thing to say to you:

“Thank you for trying. Even if I don’t like it, your heart is in the right place.”